The Sea is calling

The open oceans beckons to the small explorer

Come, set voyage on my water

Adventure to the massive unknown

LILLIPUTIAN: ADVENTURE ON THE OPEN SEAS IS COMING TO EXALTED FUNERAL! IT WILL BE AVAILABLE IN 68 PAGE HARDCOVER BOOK & 66 PAGE SOFTCOVER ZINE FORMS! STAY TUNED! 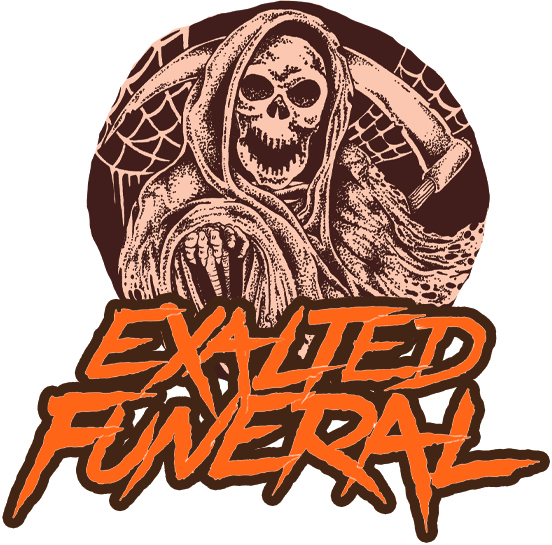 What is Lilliputian: Adventure on the Open Seas

Lilliputian: Adventure on the Open Seas is an adventure game about exploring the vast and expansive ocean,  filled with uncharted islands, hidden treasure, weird weather and unspeakable horrors. Character creation is fast, fun and random, classless, and relies on fictional advancement. It is based on Mausritter by Isaac Williams, Into The Odd by Chris McDowall and Cairn by Yochai Gal, as-well-as so many more. Lilliputian: Adventure on the Open Seas presents a streamlined set of rules for adventures in a world that is massive, and your adventures truly feel small. Whether you are playing as 6" tall humanoids exploring alongside Mice -or- a 6' tall human exploring a familiar world; adventure awaits.  Lilliputian is designed for at least two people, one Game Master and at least one Player. Together, Game Masters and Players work towards building a world full of excitement and adventure; all the while rolling dice and playing make believe.

Lilliputian: Adventure on the Open Seas is the creation of Matthew Morris, aka ManaRampMatt (creator of Bernpyle, an unofficial Sword-and-whiskers zine for Mausritter and Caers & Crannogs, a quarterly zine for Cairn), and features the amazing and stunning works of a phenomenal creative team.

What folks are saying

“Melding the simplicity of Into the Odd, the expandability of Cairn and the danger of Mausritter; Lilliputian packs a piratical punch and opens up new opportunities for adventures on the high seas in this gorgeously-illustrated book. - Isaac Williams, ENNIE Award winning creator of Mausritter

“Liliputian: Adventure on the Open Seas by Matthew Morris is the seafaring adventure game I’ve always wanted. It’s intuitive to play with tons of tables and resources just the way I like it! And gosh! Does this looks incredible! I can’t wait to hold it in my hands (or pirate hook)!” - Diogo Nogueira, Old Skull Publishing (Primal Quest - Essentials, Halls of the Blood King (ENNIE Award Winning), Solar Blades & Cosmic Spells)

"Presenting a hybrid of Into The Odd, Mausritter, and Cairn, Lilliputian offers a tight package of new rules, mechanics, art, and setting that should intrigue even the most ardent of land-lubbers." - Yochai Gal, creator of Cairn

"This gem really captures the sense of freedom and exploration of a vast fanta-sea, with countless islands & captivating adventures waiting to be discovered!" - LF OSR, Old School Inspired bookcrafter, artist, and content creator.

“Lilliputian, in both design and function, lives up  to its name of providing an experience of adventure on the open seas. Easy to navigate rules, procedures, and tables allows tables to dive right. This is an adventure/ruleset/resource that is unlike any other out there currently. My mind is already racing with sword and sorcery adventures  that await among the waves. When looking at new systems I like to see what it uniquely brings to my collection and I can honestly say that Lilliputian is a necessary addition to any game shelf." - Goblin Archives creator of Liminal Horror and The Mall

“I love open seas exploration, especially in a hack of some of my favorite rules sets. The setting generators are incredible, the art is evocative, inspiring and well chosen. This game makes me want to run it right away, and trust me, I will!” - Lucas Rolim, creator of MINIBX and Pacts & Blades

"To say that this game is a pirate-themed take on Mausritter, Into the Odd, or Cairn is to understate the breadth of its systems. You create an explorer, a sailor, a pirate, certainly, but then come the ships, the ship combat, faction rules with example factions, a five-step dungeon generator, and bestiary randomizers that can make eels with breath weapons that are afraid of moonlight and radioactive narwhals who are weak to riddles. The layout is direct and clear and sepia-toned. The art is an eclectic mix of cute cartoon sailors, serious illustrations of life aboard ship, and large woodblock-inspired scenes of the sea. This should be your pick-up-and-play pirate game." - Slade, Scablands Press and ANNA-X66 Redux

“Lilliputian: Adventure on the Open Seas is so meticulously refined that it feels like a new, better generation of roleplaying game. Obvious thought and care were paid to every detail, both mechanically and aesthetically. If you could take one rule-light RPG with you to a desert island, this would be the one, and not just for the obvious reasons.” - Ahimsa Kerp, Knight Owl Publishing

"Lilliputian might-as-well be a pirate ship because the crew assembled here are killer. With Salvaterra mapping the way, the  swashbuckling art of a Prosaik the pirate, a Gnarled kraken, and many other talented crewmembers layouting the ship, writing sea shanties and painting jolly rogers, this game is an awe to the eyes of every sailor." - Maik, creator of Moon Elves and Delve Deeper

"Lilliputian will be perfect to run an island-hopping sandbox campaign in the spirit of all my favorite sea-based settings⁠—Pirates of the Caribbean, Voyage of the Dawn Treader, One Piece...I can't wait!" - Adam Hensley, MONOLITH Science Fiction Adventure Game 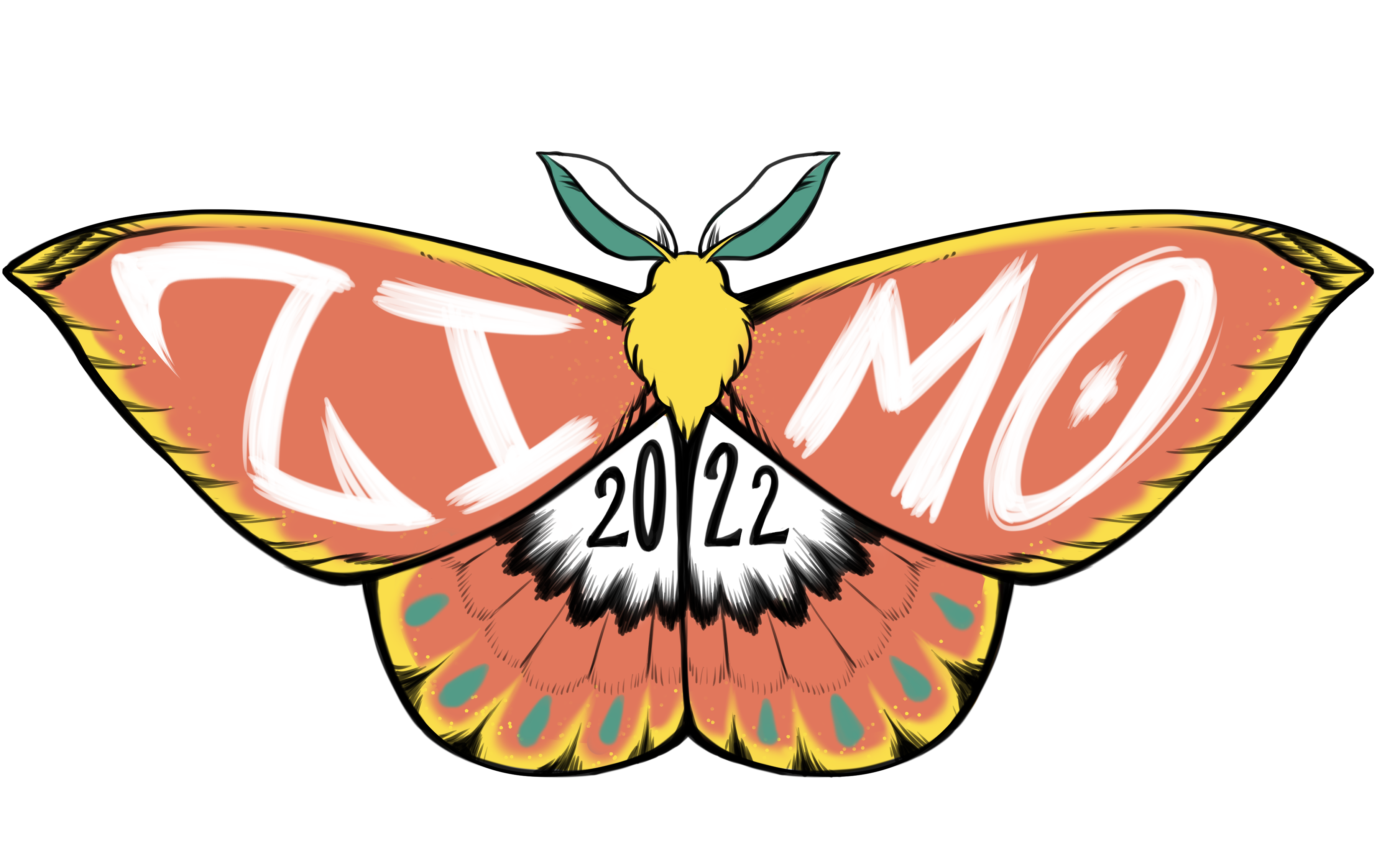 In order to download this Adventure Game you must purchase it at or above the minimum price of $5 USD. You will get access to the following files:

Support this Adventure Game at or above a special price point to receive something exclusive.

If you are looking to review this game on stream, a blog post, or some other channel please grab a free copy and tag me @manarampmatt so we can help share your content!

Claim a free copy of Lilliputian: Adventure on the Open Seas  if you are marginalised or in need.

I will add a community copy for each new backer!

If you like it feel free to leave a review! Anytime someone reviews the game we add another community copy

Do armor and weapons have usage dots?  If so, do I mark a usage dot down every time someone hits the armor?

Rations aren't listed in the Items and Costs table on p18, so I guess you assume you always have enough to eat.  For the consumables that do have cost, do you track them with Durability?

Is there anywhere I can buy the hardcopy from in the uk please?

Not as of yet, as they are through and Exalted Funeral exclusive. But they are Coming up for wholesale soon

a delightful rules-light game of nautical adventure with enough strangeness to make it unique!

I purchased this a while back and am really enjoying my prep work to add into our Mausritter story. How’s best to stay in the loop for a printed copy? The kids and I would really like to add it to our set!!

Would like to buy but can't use Paypal. And all c.copies claimed.. too bad. Also, will there be a printer friendly version?

I really wanted to buy this but it's Paypal only. I guess I'll wait until a print version is released via Exalted Funeral or some other shop. That being said, it looks brilliant.

I don’t know how to make  it have other payment options. I’ll look into it.  For the time being, feel free to snag a community copy

Hi! really love it! Will there be a printer-friendly version (with real black)?

Concerning the future print edition ov Lilliputian, is there a chance for a L.F. OSR print version?

Hi there, what are the main differences between the draft from 4-22 and this current one? I just printed a copy off and am wondering if it's going to be worth printing again?

Thanks! I'll wait til the book is all done to reprint then :) The art you have in there is already so gorgeous!

This looks great! I might have missed this, but any plans to do a print run?

I definitely am planning one. Haven’t finalized it yet, but once artwork and layout wraps up I’ll post more info! I am super excited about it!

thanks for your kind words my friend

Suuuper looking forward to a print run as well! This looks amaaazing.

What a beautiful collaboration with all the artists! Thankyou for something this fantastic!

Ouuuuh can't wait to print this bad boiii! (Or to help funding a print-run if there is one at some point). Great work so far! I am really enjoying the art-styles you've been exploring in recent years with all those documents you are pumping out like a madman hahaha.

Well, if you’re playing any mouse adventure game, then yes they are literal 6 inch tall humans or if you’re playing it in a fantasy setting then they can just be explorers in a super large ocean… It is kind of open ended

This is the sort of FRP that I am looking for - can't wait to see more!

it is now currently itchfunding and I’ll be posting weekly edits of the file until it is finally complete. Stay tuned!

also stoked you are excited

Thank you so much. The team is growing too. Emiel Boven (creator of DURF) is onboard to do artwork. I am excited!

I’ll be posting weekly edits of the file until it is finally complete. Stay tuned

Great - I'm looking forwards to it! 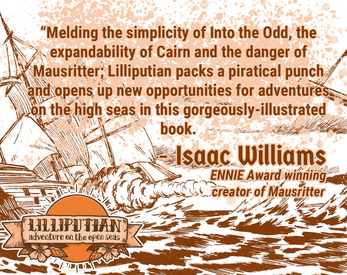 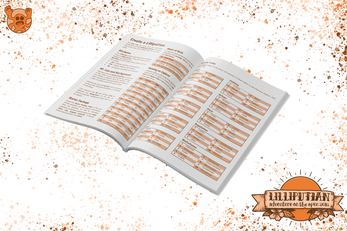 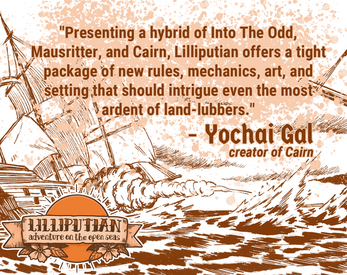 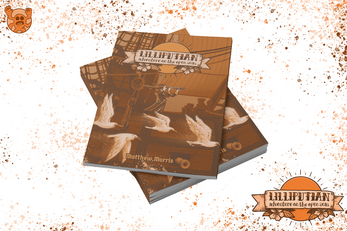 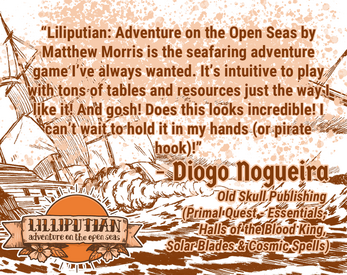 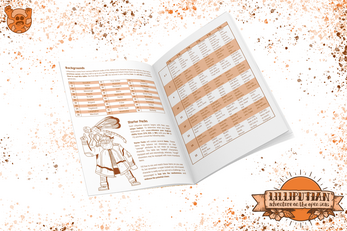 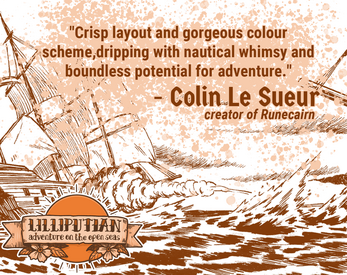 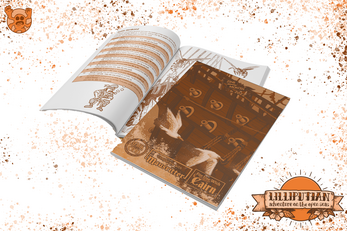 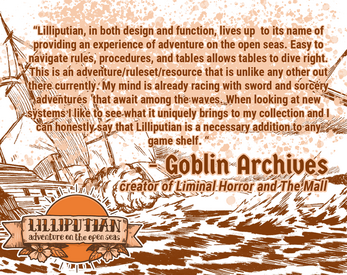 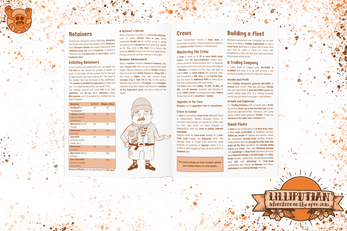 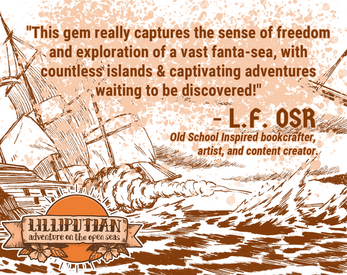 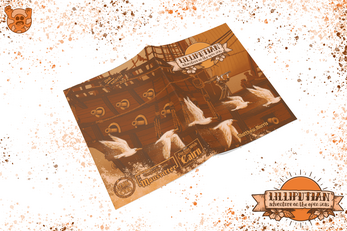 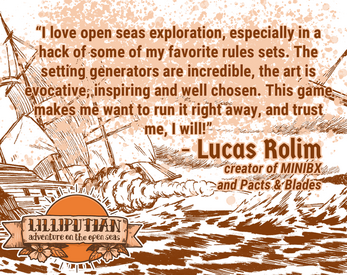